Before you ask, no – this is not an interview with this guy:

I met Ryan Seacrist when he attended one of my classes. During one of the tutorials, Ryan came up with a different approach to getting 3D modeling work completed faster. I was impressed and have kept in touch with him. Ryan has a great body of work (some examples are below) and is another dedicated, obsessed 3D modeler. 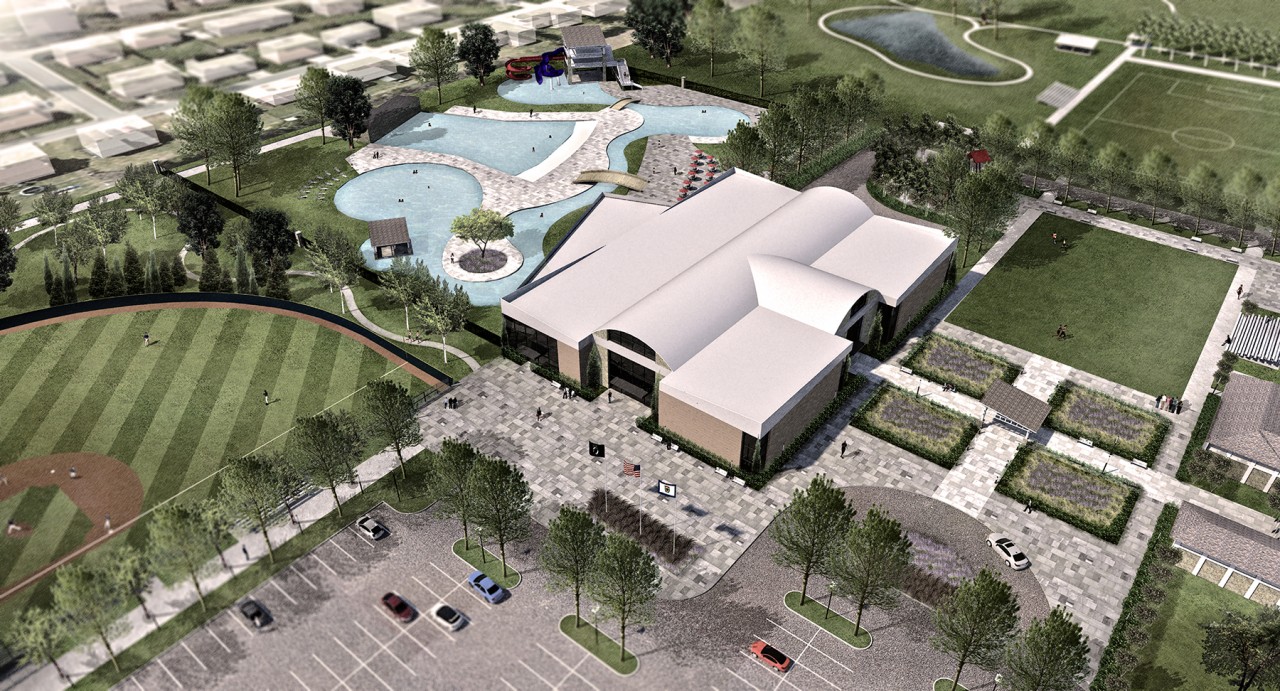 Tell us what you do? Who you are? Background? Something funny about you?

I am a professional landscape architect and I work for an urban design studio called Community Solutions Group, which is part of a 1000-person multidisciplinary engineering firm called GAI Consultants. I recently relocated from Charleston, WV, where I was born and raised, to Orlando, FL. I graduated from West Virginia University’s Landscape Architecture program in 2010.

My background is in a variety of landscape architectural projects, including park master planning, urban design, waterfront development, institutional, residential, and civic/municipal projects. My involvement in these projects ranges from initial design conception through construction documentation and administration. Throughout the design process I rely heavily on 3D modeling for graphic representation and design development.

Something funny? Every day I live the struggle of being the guy who shares a name nearly identical to the host of American Idol. Everyone gets one joke…

When did you first start using SketchUp? Do you remember your first project?

I began using SketchUp as a college student around 2007. SketchUp wasn’t necessarily new at the time, but not everyone was using it, even in a college environment. I was interested in using it right away, because I’ve always been someone who enjoys utilizing graphic software. To get to know SketchUp, I remember one of the first things I did, in my spare time, was model a house from the ground up in as much detail as I could. I mean, I modeled it down nearly to the nuts and bolts. After (and during) that time, I began using the software in some way in just about all of my student projects. And I’ve continued to rely on SketchUp as one of the most important tools in my design kit. 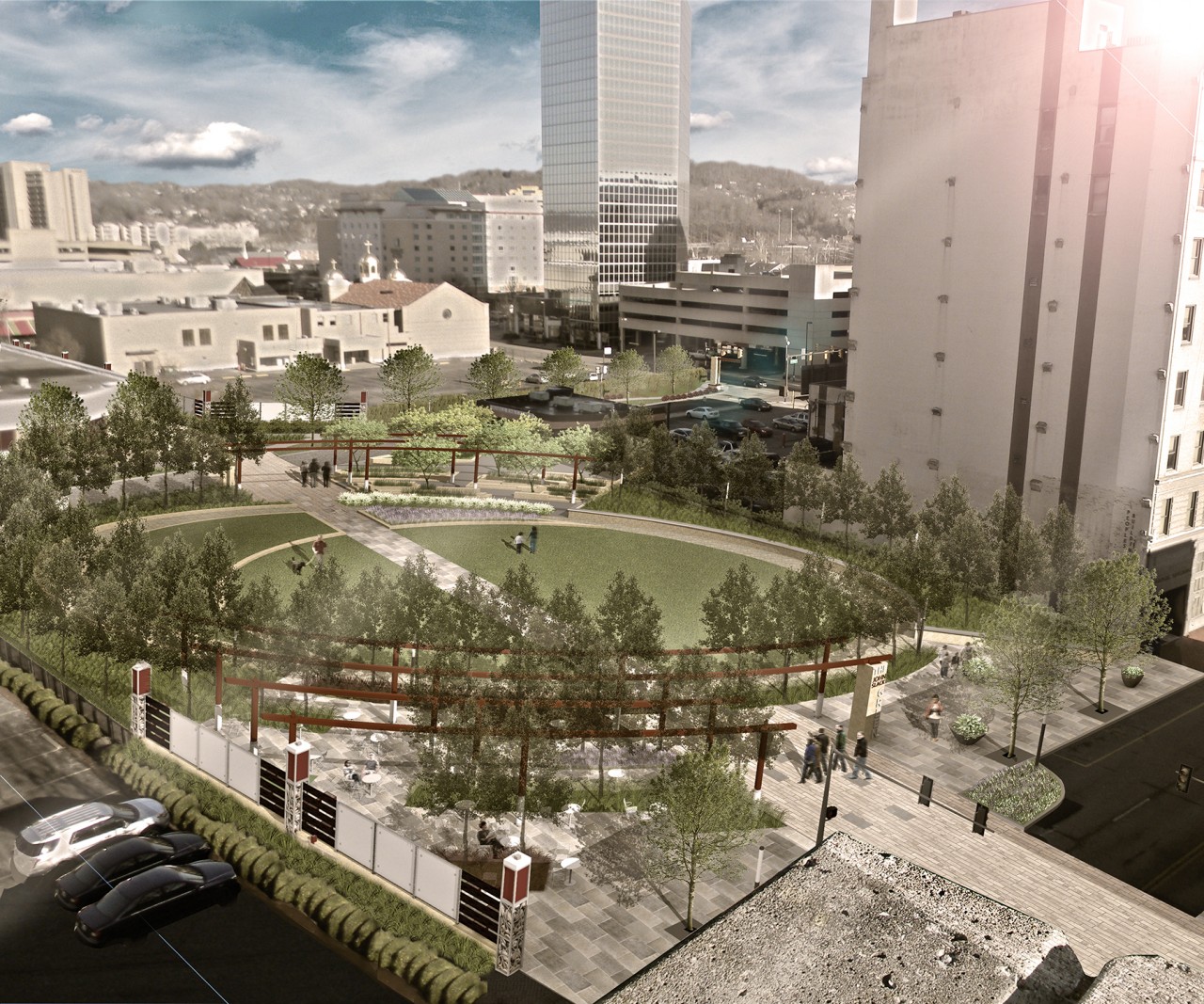 Some of the frustrations I have with SketchUp probably stem from just pushing the software too far. I work with a lot of big sites, which sometimes don’t blend well with my acute attention to detail when it comes to SketchUp. I’ve often found myself in a place where I have totally overloaded a model and the software comes to a grinding stop. I’ve learned to work a little smarter in that respect, and it’s less of a problem than it use to be.

What I enjoy most about SketchUp is the ease of use. I have messed around with other industry-standard software for 3D modeling, and there just isn’t anything out there that can rival the simplicity of SketchUp. Some of SketchUp’s standard tools aren’t as elaborate, and can be limited. But I have found that where there is a will, there is a way – to build just about any geometry. And the ever-growing, user-driven catalog of extensions is making difficult or complex geometries even more attainable.

Another great aspect is how easy SketchUp is to leverage in making high quality renderings. Again, unlike other modeling software, SketchUp has THE simplest logic when it comes to assigning materials. No dealing with bumpmaps, etc. It’s simply load a material swatch, scale it, and apply with the paint bucket. No clumsy flow charts needed. From there, just pair it with an external rendering software, like Shaderlight.

What other 3D programs do you use? What about rendering?

I have some experience with 3DS Max Design and AutoCAD Civil 3D.

For rendering I use Shaderlight with a lot of post-SketchUp/Shaderlight work in Photoshop.

Where would you like to see SketchUp go? Where do you hope your own work will go?

I hope to see the SketchUp community to grow. As the community grows, so will the user-driven creation of additional extensions. The real strength of SketchUp, besides its ease of use, is the ability to expand and improve as necessary.

As for me and what I do, I hope that my knowledge of SketchUp continues to grow and that I can continue to leverage it to make my end product the highest quality design.

Which extensions are your favorites?

I most frequently (and out of necessity) use Shaderlight and the Sandbox Tools. Being from West Virginia originally, and having a great deal of experience in varying levels of topography, it’s important for me to model terrain when studying a site.

If SketchUp could incorporate features from other programs, what would those be?

Modeling features that curve on more than one axis is difficult in SketchUp, even with the help of an extension. This is a challenge when designing free-form objects, and when modeling practical things, such as a bridge that curves along a profile both horizontally and vertically. This is something 3DS Max Design pulls off better.