I wasn’t sure what to title this series, but this is what I created in SketchUp: 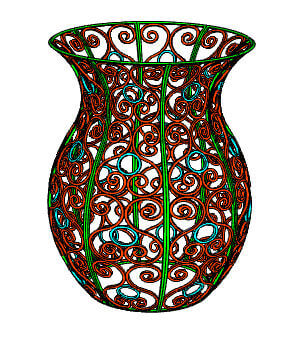 So “openwork vase” makes sense to me.

I first saw this technique used in a cool video by Justin Geis of The SketchUp Essentials. Check out his website and YouTube channel, tons of great stuff!

Here’s the video itself – worth a watch:

I’m going to do mine a little differently, per Justin’s suggestion (to be explained later). And I’m going to start with a model from the 3D Warehouse, not the hexagon lattice he demonstrates above.

In Part 1 I’m going to set up the objects I’ll need for the bending that will be done in Part 2. And in Part 3 I’ll complete the entire model. You’ll need two extensions to complete this project:

But first, the setup.

I’m starting with this trellis model from the 3D Warehouse. To download it yourself, click the “3D Warehouse” logo below.

The trellis comes in like this, standing up vertically. 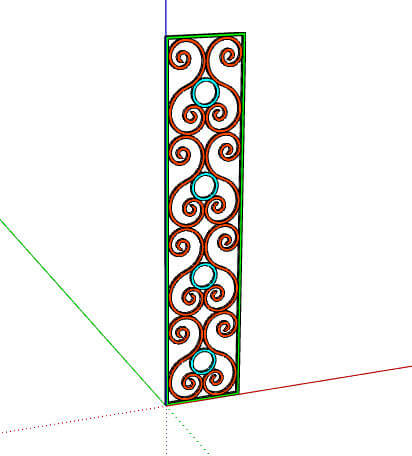 But for the first bend, which will be done by Shape Bender, the bending is done along the red axis. So I’m turning the trellis to lie on its side. 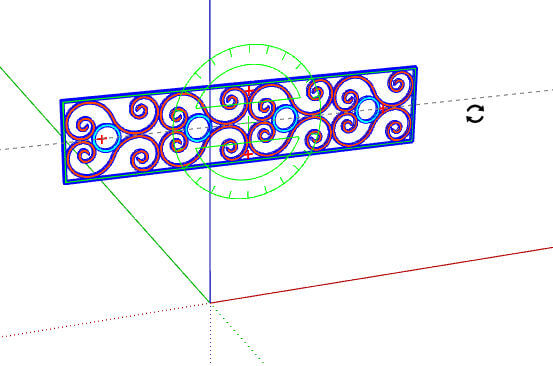 Shape Bender requires two things: a straight line parallel to the red axis (for reference), and the curve to which the object will be bent. (I have a previous series on Shape Bender which also explains this.) There are lots of ways to create these, but here’s the way I found to be the easiest.

With the Rectangle tool, hover over the lower left corner and start the rectangle directly below that point. 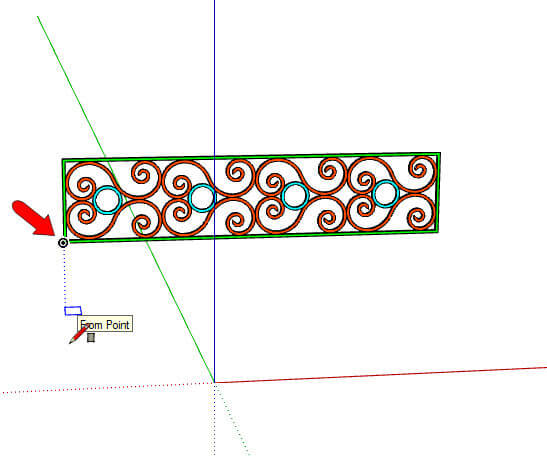 End the rectangle like this, with the right edge directly below the right corner of the trellis. 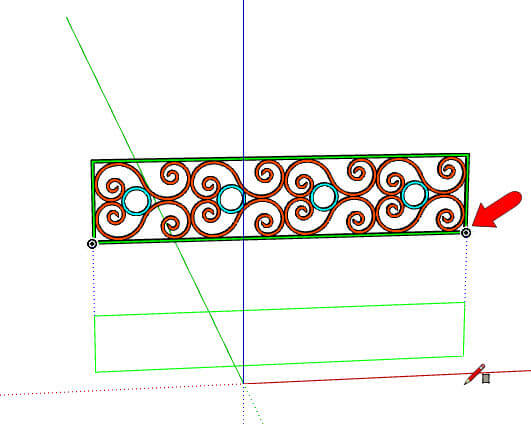 Use Push/Pull to pull forward a box. 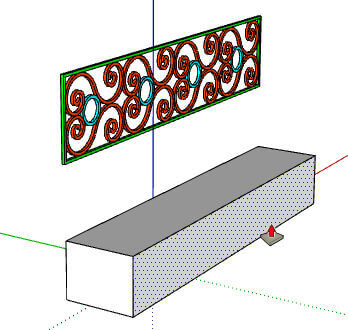 Erase edges so that you have two things: a straight edge and a horizontal face upon which to draw your curve. 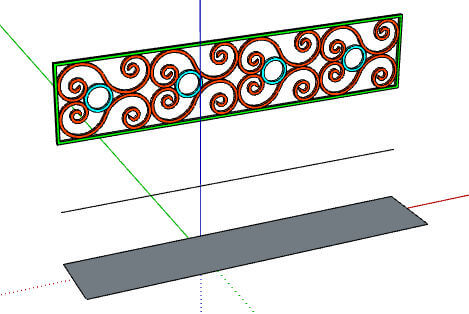 Looking down at that horizontal face, draw two or more tangent arcs. 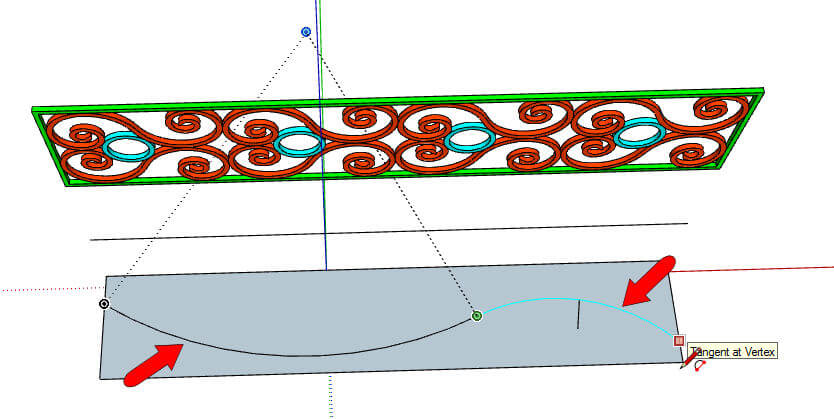 Then erase the rectangle edges, so that you have just the trellis, straight edge, and connected curves. 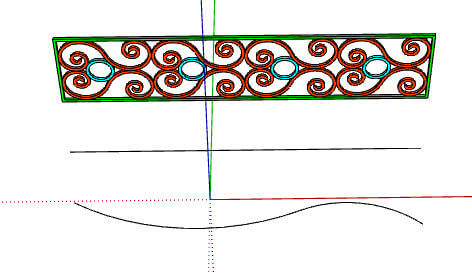 Next, in Part 2, the magic of Shape Bender!