In Part 1 of this series, I discussed using Monochrome view to check your SketchUp model for watertightness – making sure all front faces are facing front, to ensure all is ready to be converted to the STL format for 3D printing.

In this post, I’m writing about the Solid Inspector extension, which can solve front-back face problems, as well as other issues that prevent a model from being printer-ready.

(If you haven’t used the Extension Warehouse yet, see our intro post on how to do that.)

Download and install ThomThom’s Solid Inspector2 (not to be confused with Solid Inspector, by the same author, which is an older version). The video on the Warehouse page is a tad long but worth watching. The description tells you that the extension comes with a toolbar (it has just one icon), and can also be found in the Tools menu. 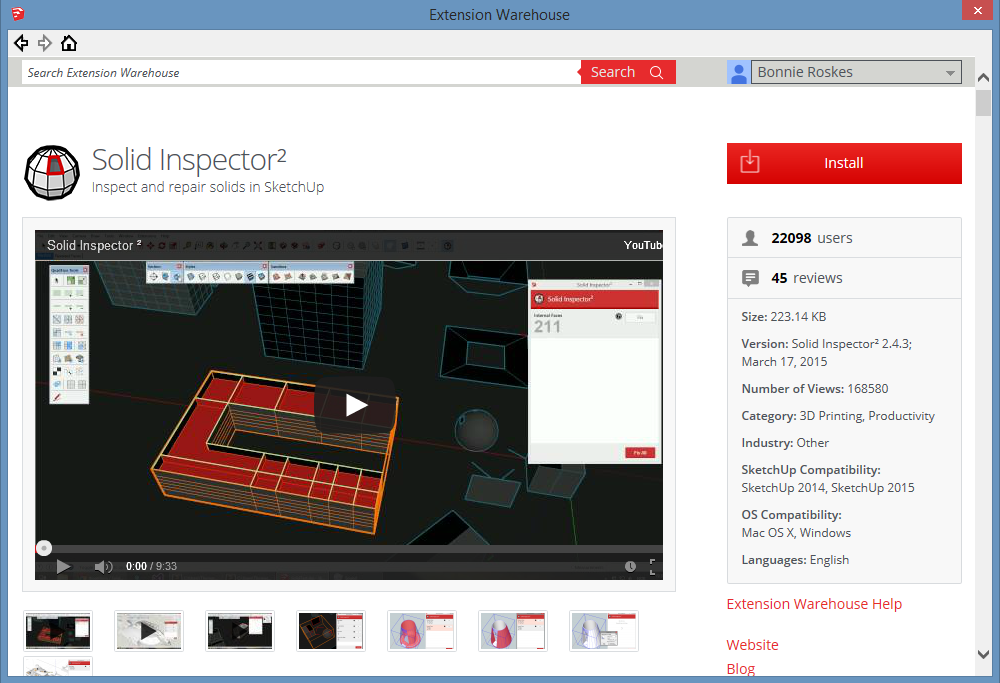 (Note that the description says you need to have groups or components for the extension to work; that’s not true – it works on loose geometry. But if you have multiple objects in your model you want to test, you can separate them from one another by making each object a group or component.)

Here’s the simple model I’m going to test this extension on. There are three issues with the geometry. One – there is a hole (yes, an obvious hole, most actual holes are tiny and hard to catch on your own). Holes are particularly common result when importing objects from other 3D modeling programs into SketchUp. 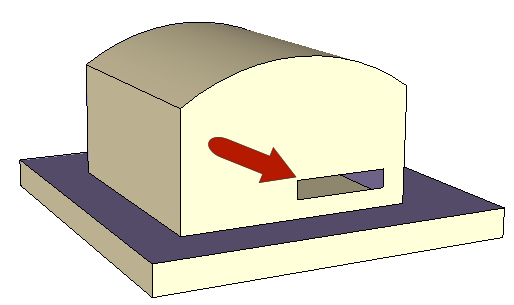 The second issue: one face is reversed. Yellow is my default front color, purple is for back faces. Only front faces should be facing outward. 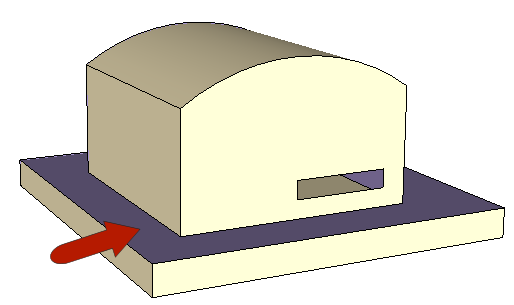 Last problem: there is an internal face. This face separates the top volume from the bottom one, but a watertight, manifold model should enclose one and only one volume. Internal faces are not only quite common (placing a box atop another box, like in this example) but they are also impossible to see from the outside. We can only see this one because of the hole. 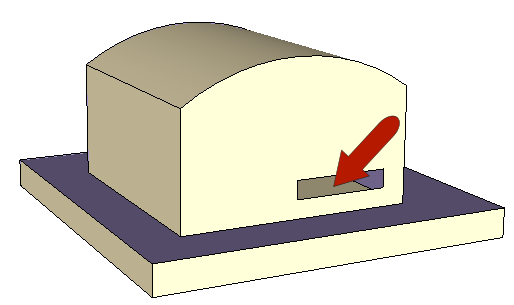 Fire up Solid Inspector, which analyzes the entire model (unless you have a group or component selected in advance). It finds two of the problems on the first pass – the hole and the internal face. If you click on either issue in the Solid Inspector window, the problematic area on the model will be highlighted in red. You can fix all problems at once, or fix one problem at a time. On the first pass, the internal face problem would have to be solved manually (deleting the face), which is why there is no “Fix” button. But there’s always the second pass.

After the hole is filled in, the extension sees two problems – the internal face from before, and the reversed face. If you switch to View / Face Style / X-Ray, you can see (and fix) the internal face.

After fixing the internal face, the third pass finds just the reversed face.

And after fixing that last problem, you get a cheery message that your model is ready. 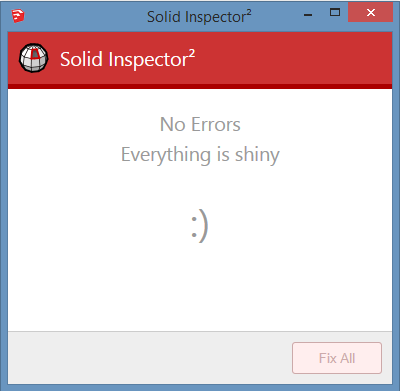 The Extension Warehouse has other extensions that perform similar functions, and I expect more to come in the future. Most of these are proprietary (uploaded by 3D printing companies), such as CADspan, 3D print service,   and 3D Print Button. I admit I haven’t tried these yet, but had a quick glance at the reviews (I know, never base an opinion on online reviews!) Solid Inspector gets glowing reviews and is corporate-neutral, and ThomThom has been writing scripts for SketchUp since forever ago. So at least for now I’m going to stick with that one.